From a historical perspective, Rome is one of the best-preserved cities in the world. Many structures erected in ancient times are still standing today, looking just as pristine and awe-inspiring as ever. This is what makes Rome one of the most interesting cities to book a tour or attend a historical event.

Rome offers dozens of tours and events to experience Roman history, but some are much better than others. Like many big cities, Rome has its share of scammers just looking to make a buck off unsuspecting tourists. Thankfully, the majority of tours and historical events are completely legitimate and well-worth your time. In any case, let’s take a look at a few of the best tours and events in Rome to give you a first-hand experience of Roman history.

There are hundreds of interesting sites and historical monuments in Rome, and it would be impossible for one tour to show you everything. Fortunately, many of the best tours in Rome focus on an isolated area or structure(s), giving you key insights into the local history. The following are just a few of the best Rome tours to experience authentic Roman history:

For millions of people, the Vatican is one of the most sacred places in the world. Even if you’re not of the Catholic faith, the Vatican City is a truly remarkable and enchanting place to behold. From the Sistine Chapel to St. Peter’s Basilica, there is no shortage of beautiful architecture and ancient history in the Vatican.

While you can certainly enjoy the majesty of the Vatican without an official tour guide, it is much better if you have someone who is highly knowledgeable and experienced to show you around. However, no two Vatican tours are the same, and if you’re going to book a tour, you’ll want to book the right one. That’s why The Complete Vatican Tour by Walks of Italy is the best way to experience the home of the Pope.

With The Complete Vatican Tour, you get so much more than a tour guide. This tour allows you to skip the lines at the Vatican Museums, saving you a lot of time and energy. Additionally, you will get complete tours of the Sistine Chapel, Belvedere Courtyard, Raphael Rooms, St. Peter’s Basilica and much more. If you’re interested in experiencing the Vatican with Walks of Italy, you can book your tour right here. 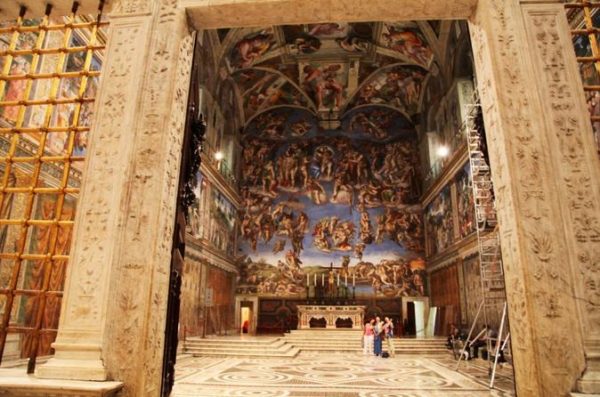 The Original Crypts and Catacombs Tour

When people think of Roman history, they often think of the power and grandeur of the Roman Empire. However, Rome has a darker history as well, and much of it is hidden just beneath the surface. Below many of Rome’s oldest churches you can find crypts and catacombs that have been meticulously preserved for hundreds (or even thousands) of years.

These crypts and catacombs are not for the squeamish, which is why it’s best to bring a friend along. However, even if you plan to fly solo, you can still take solace in the fact that you won’t really be navigating these creepy tombs alone. The Original Crypts and Catacombs Tour by Dark Rome is designed for larger groups, and is one of the best ways to experience the darker side of Roman history.

This tour will take you through some of the oldest crypts and catacombs in Rome, including the burial chambers underneath the Basilica of San Clemente and the Capuchin “Bone Chapel.” Every tour guide speaks fluent English and is well-versed in the history of each locale. Additionally, the tour offers a bus to take you to each new location. To learn more about touring the ancient catacombs of Rome, consult Dark Rome’s website. 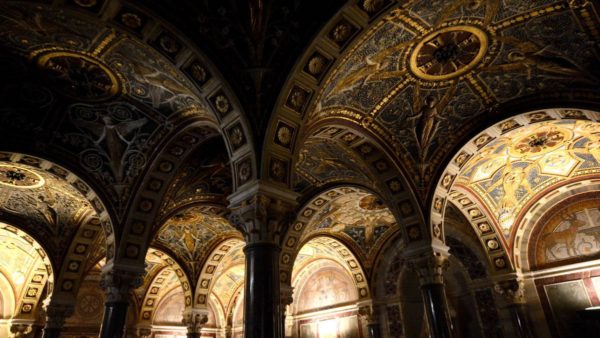 The Colosseum is one of the most iconic symbols of Rome’s past. Once the sight of gladiator battles, dramas and other public events, the Colosseum was the centerpiece of Roman culture and entertainment. The Colosseum hosts thousands of tours every year and the vast majority of the original structure still stands today.

Not every part of the Colosseum is accessible to tourists, but the underground and third order terrace are two of the most fascinating areas to visit. With The Colosseum Underground and Third Order Tour by CoopCulture, you’ll get to see the Colosseum from all the best angles. You’ll also be led through the ancient structure by a tour guide who can answer almost any question you could have about Roman history. You can book your CoopCulture tour now at this link.

Additionally, if you prefer a tour that allows you to see all of the best highlights of Rome in one day (including the Colosseum and the Vatican), Walks of Italy offers this service throughout the year. You can consult their website for more information on booking the “Rome in a Day” tour. 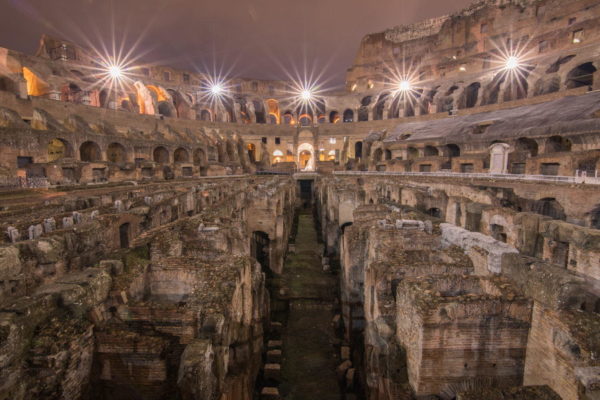 Not every tourist likes to be part of a guided tour; sometimes you just want to venture out on your own and immerse yourself in the history and culture of the city. If you prefer to do things your own way, there are a number of historical events throughout the year that will give you a taste of Roman history in a less structured environment.
Epiphany

Epiphany (January 6th) is the 12th day of Christmas and is celebrated every year in Rome. While children celebrate the arrival of La Befana (a good witch) throughout the city, the main event takes place in the Vatican. Hundreds of participants dress in Medieval costumes and walk to St. Peter’s Basilica bearing gifts for the Pope. The Pope then gives a morning mass to thousands of spectators in celebration of Epiphany.

The Ides of March

Historically, the Ides of March was a day dedicated to the Roman god, Jupiter. Later, the date (March 15th) became famous throughout the world as the day that Roman Emperor Julius Caesar was assassinated. Nowadays, people gather around Caesar’s memorial in the Roman Forum, and the Gruppo Storico Romano reenact the assassination at the Largo di Torre Argentina.

On April 25th, 1945, Italy was officially liberated from Nazi occupation during World War II. In the years since, the country celebrated this date with commemorative ceremonies and parades. If you visit the Quirinale Palace, you will get to see hundreds of spectators and participants celebrate freedom and Italian independence with music and military parades.

The Festa della Madonna della Neve (or “Madonna of the Snow”) is a celebration of a legend dating back to the 4th Century. According to the legend, a miraculous August snow occurred in Rome, prompting Christians to construct the church of Santa Maria Maggiore. Today, the festival celebrates this miracle with music, food, and a live reenactment of the event.

Are you planning your dream getaway in Rome? Do you want to book the best tours in the city or schedule your trip during a particular cultural or historical event? Are you in need of the perfect accommodations to complement your plans? No matter what you’re looking for in Rome, we can help get your Rome vacation started right. For more information on booking an apartment, tour, or event in Rome, contact RomeLoft today!