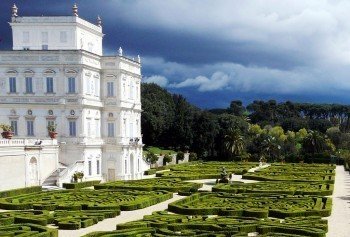 Aside from its well known architectural and historical heritage, not everyone knows that Rome is characterized by an important presence of green spaces, parks and gardens. Many of those are named after old aristocratic families, for example the Borghese and the Doria Pamphilj, who were strongly connected to the Vatican. During the fifteenth and sixteenth centuries, these families lived in gorgeous villas, surrounded by stunning gardens and parks, located in the heart of the city. Rome, like many big cities of the world, has gone through many important transformations over the years. But some gems have been perfectly preserved, allowing everyone today to marvel at present and past Roman glories. Those gems are the subject of this article: Rome parks and gardens.

Villa Doria Pamphilj is one of the largest, well preserved and fascinating villas in the city. Its park is one of the most beautiful in Rome and is located on the Gianicolo, near the Porta San Pancrazio. It covers an area of about 184 hectares. It was once the country estate of an aristocratic Roman family that gave the name to the property. More recently, it has become the official headquarter of the Italian government. Designed by Algardi and Grimaldi at the beginning of the sixteenth century, it is a wonderful example of a mixture of styles. The property is divided into 3 parts: the villa itself with its gardens, called “pars urbana”; the pine forest, called “pars fructuaria” and finally the farmstead, called “pars rustica”. Entering the villa from Via di San Pancrazio, the walk into the park is marvellous. You’ll walk on the gravel road that follows the aqueduct Paolo, built in 109 A.D. by emperor Traiano to supply water to some parts of the city (now to Trastevere). 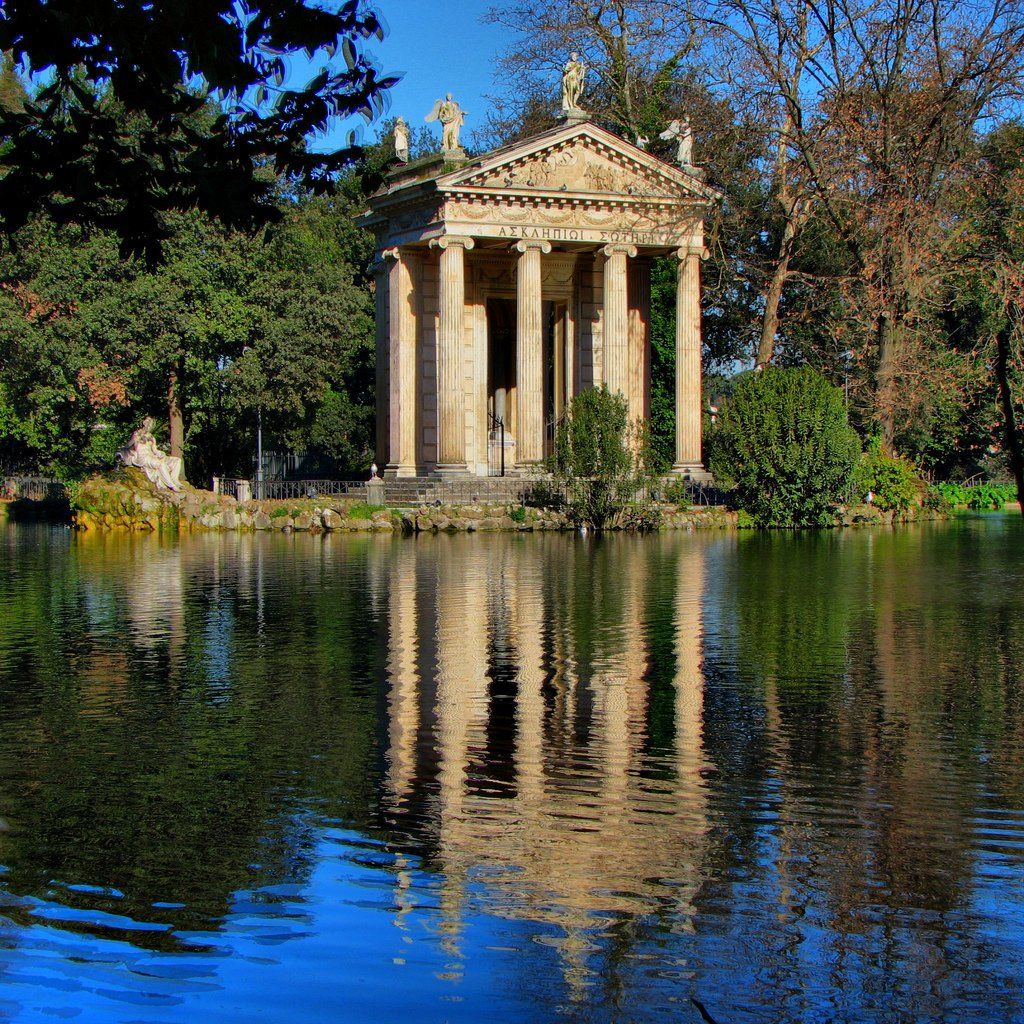 Among the most important Rome parks, there is Villa Borghese. It is probably the most famous Roman villa, due to its very central location near the Spanish Steps and Via Veneto, once the very heart of the “Dolce Vita”. It has an area of roughly 80 hectares. The landscape design is in the naturalistic English manner, with various statues, a museum (not to be missed: the “Galleria Borghese“, including the art collection of the Borghese family) and attractions like the Villa Borghese lake with its stunning temple of Aesculapius, from the eighteenth century. Villa Borghese Pinciana was built by architect Flaminio Ponzio, following instructions and advice from Scipione Borghese himself. It was once a whole entity together with its gardens but nowadays, they are often considered separately. The Borghese art collection includes paintings, sculptures and antiques. 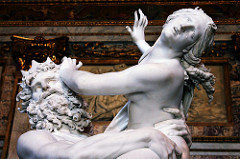 Among the most famous pieces of art, we can name the masterpieces by Gian Lorenzo Bernini: his “Rape of Proserpine“, “Daphne and Apollo” and “David“. After such a fascinating plunge into the marble marvels of Bernini, a long walk in the park and gardens of Villa Borghese may satisfy even the most demanding tourists! This picture shows a close-up of the beautiful sculpure named the “Rape of Proserpine“, created by 23 year old Bernini. The story told about Proserpina who was seized and taken into the underworld by the roman god Pluto. The sculpture tries to show the fear of Proserpina, together with a strong will to fight and escape from him. One of the most interesting details are the hands of Pluto around her body. 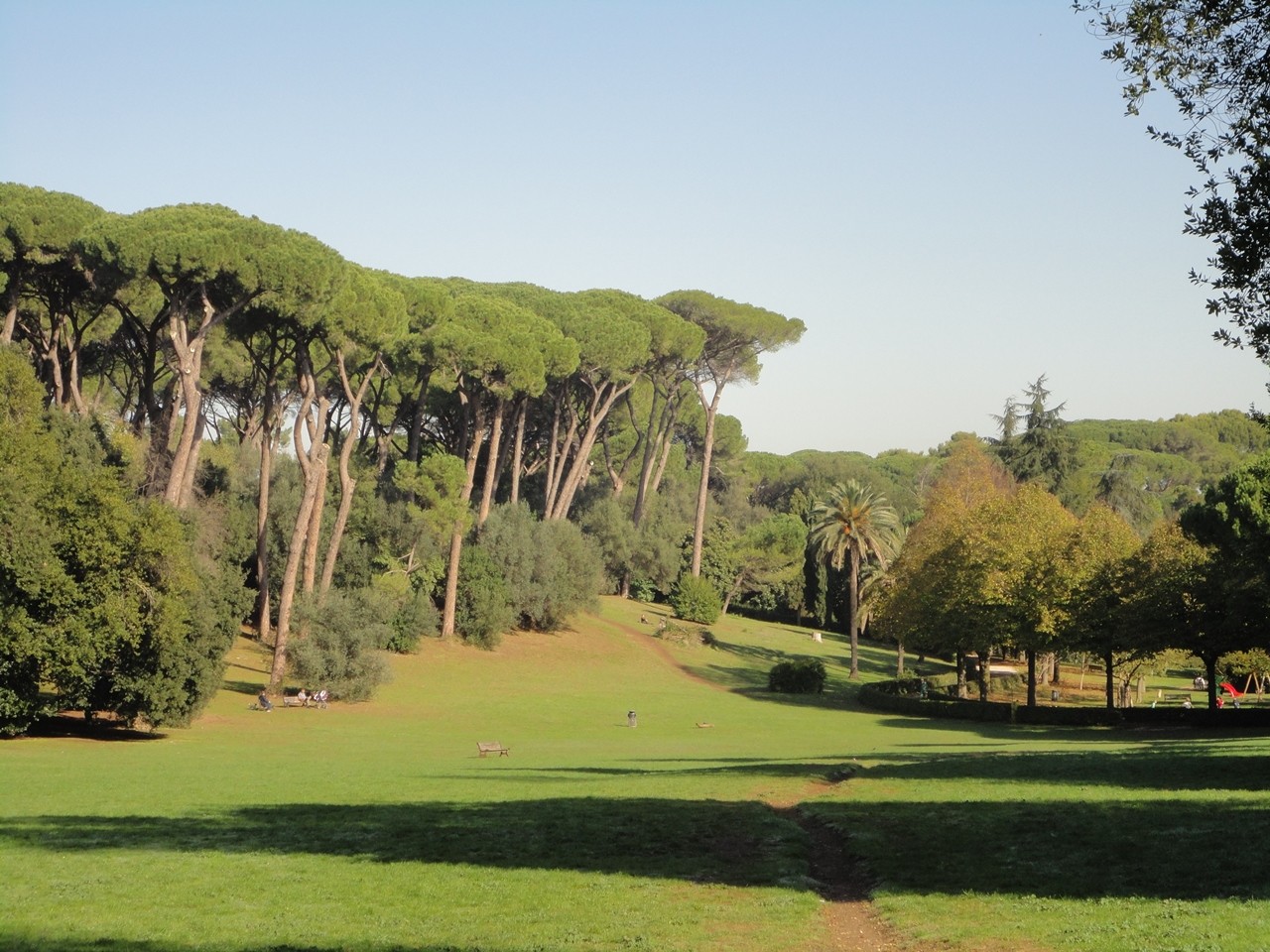 Among the many Rome parks, Villa Ada Savoia is situated in the northeastern part of the city, near the residential neighbourhood of Parioli. It has a surface of about 160 hectares, not a small space indeed! A portion of this large park is on Monte Antenne, but the highest point reaches only 67 meters above the level of the sea. This property was once the estate of the House of Savoy. We are talking about the second half of the eighteenth century. The royal residence was established here. Then in 1878, the land went under the control of Count Tellfner who gave to the property the name of his wife, Ada, still its name today. In 1904, Vittorio Emanuele III bought the villa and kept it until 1946. After the fall of the Italian monarchy, this enchanting park became a public property of the Italian state. An area of the park hosts the Embassy and the Council of the Egyptian Republic. It remains one of the most pleasant Rome parks for a walk. During the summer season a music festival called “Rome meets the World” take place in the park, here all the info: Roma incontra il Mondo. 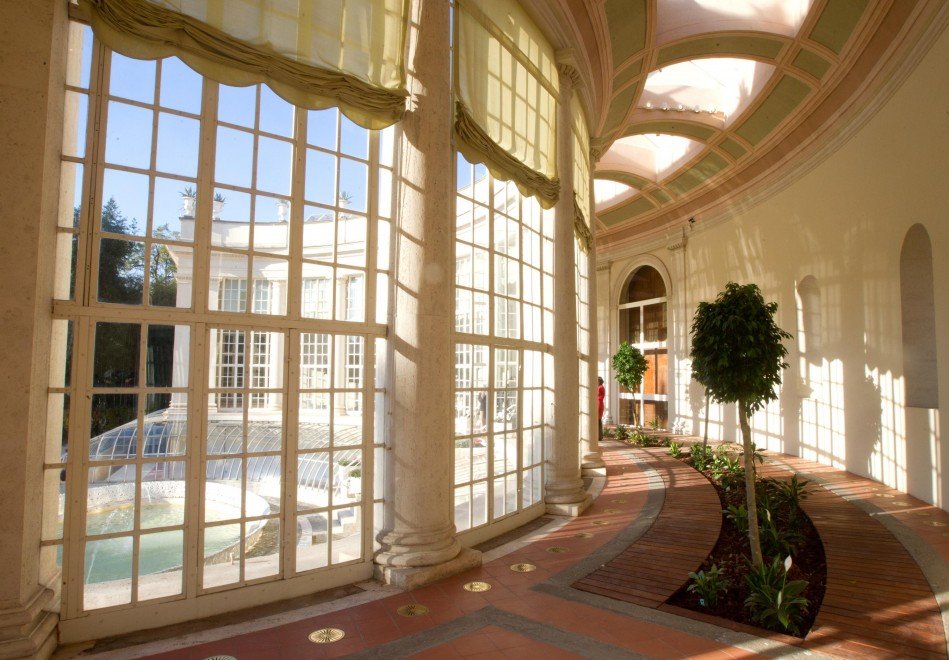 Another one to add to your list of Rome parks is Villa Torlonia. Still today, although centuries have passed since it was first built for the banker Alessandro Torlonia and his son, it belongs to the Torlonia family. It was designed by the well known architect, Giuseppe Valadier (Neo-classic school).  It was abandoned for a certain time until Mussolini used it as his state residence for a couple of decades. After 1945, it was again abandoned, until a recent restoration gave back all the beauty to the villa, now open to the public. An important art collection belonging to the Torlonia family can be found here. The villa and its well groomed gardens are located near Porta Pia and the main entrance is on Via Nomentana.

The list doesn’t end here. Among the most important Rome parks we also count Parco degli Acquedotti and Parco della Caffarella, which truly deserve a visit. You can read more about many other Rome parks here.

Make sure to check out where to sleep near one of your favourite Rome parks.